History of The Salvation Army

The Salvation Army began its work in Canada in 1882, just fifteen years after Confederation, and quickly began giving hope to those in need in this country and around the world. 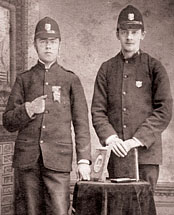 Official Salvation Army operations began in July of that year when Major Thomas Moore arrived from the U.S. headquarters to take charge. By then there were 11 ‘corps’ or church congregations in Ontario, and a year later Canada was declared an independent ‘Territory’, responsible for its own governance within the worldwide organization.

From the beginning, the Army in Canada adopted founder William Booth’s philosophy that there is little point preaching ‘salvation’ to hungry people. And so the concept of ‘soup, soap and salvation’ took hold, later to be developed into the comprehensive social service programs The Salvation Army operates today. 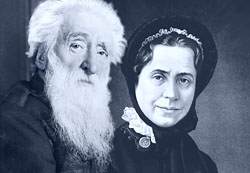 When the Army came to Canada, there was much opposition to its methods from civic politicians and other entrenched interests in the early days, and Salvationists were often beaten and jailed for their activities in the streets of Canada’s cities and towns. Despite this, there was eventual acceptance of the movement as it demonstrated the social benefits that accrued from its activities. The men’s social work began in 1890 with a Prison Gate Home in Toronto. The same year a Children’s Shelter was opened. The first Maternity home was opened in Saint John, N.B. in 1898, precursor to the Salvation Army Grace Hospitals. In 1901 The Salvation Army recommended to the federal government that a prisoner probation system be adopted, leading to Canada’s first parole program. In 1908 salvage work (now called recycling) began in Toronto, leading to the well-known Thrift Stores. In 1911 the first Juvenile Detention Centre was established in Manitoba and turned over to the Army to operate. That same year a farm colony was established in Coombs, B.C.

The Salvation Army’s status in Canada was entrenched in law in 1909 when parliament passed an Act giving the organization legal standing, its governance to be conducted by The Governing Council of The Salvation Army in Canada, a structure that continues to this day. 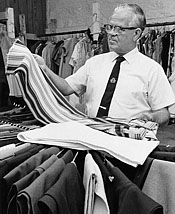 In 1914 the Army shared in the national tragedy of the sinking of The Empress of Ireland in the St. Lawrence. On board were more than 150 Salvationists, bound for an international congress in London. Most of them, including the national commander and members of the Canadian Staff Band, were drowned. The Staff Band was not re-formed until 1969.

Canada’s involvement in the Great War of 1914-1918 saw the appointment of the first Salvation Army officer as a chaplain in the Canadian armed forces, and the donation of five motor ambulances to forces serving overseas. At the end of the war, military hostels were opened in Winnipeg, London, Kingston, Toronto, and other cities, for returning soldiers.

The Salvation Army is now the largest non-governmental direct provider of social services in the country. It strives to give hope and support to vulnerable people today and every day in 400 communities across Canada and 118 countries around the world. The Salvation Army offers practical assistance for children and families, often tending to the basic necessities of life, provides shelter for homeless people and rehabilitation for people who have lost control of their lives to addiction.

The Gateway of Hope…opened its doors to the community of Langley, British Columbia in November 2009 and supports both Langley and the surrounding communities. The vision for our facility was born from the desire by many groups to address the needs of the homeless and these communities in a comprehensive way. 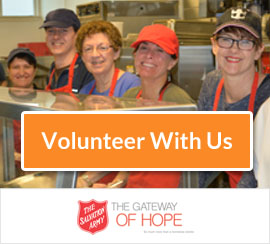